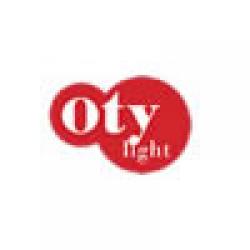 The Jek collection was specially designed for Oty Light.For better or for worse, everything in Jek is born thanks to their connection. For Jek, the light is not an industry with directors and no respo

Loza, silicone, stainless steel. The joint allows a 180 and a change of position30. Throw switch with a spoon. Includes mounting box. The assembly also possible also in a box under the plaster. Suppli

Oty is a college dream of two brothers born in a winter night between a math book and a civil code.

Walls with sketches of shapes, ideas asking to be carried out, light that transformed matter into volume welcomed our college friends. Most of the people said that these two brothers were weird. However, they survived those comments and became doctors of the light. Now we have to thank Pamio brothers, because they have made us passionate about light.

They would communicate only with a look, they did not need words. Rare are such relationships, in which thoughts travel into through ether, so much so that the two brothers often appear in the office wearing the same polo of the identical color. This feeling is Inexplicable to those who do not know the brothers, their life, their travels.

For better or for worse, everything in Oty is born thanks to their connection. For Oty, the light is not an industry with directors and no responsible. It is rather a work of tailoring, strong personalities who sew values, concepts, experiences, around related ideas between them. The future is always the result of these ideas, carried out in the best way.

But Oty is more than that. It is light, design, a trip to architecture and sustainable technology. It is the consequence of a father loving his sons; the Eugenio s gift of love that transforms into an enterprise heritage. br>
A father, a role model and two children, education and consistency.